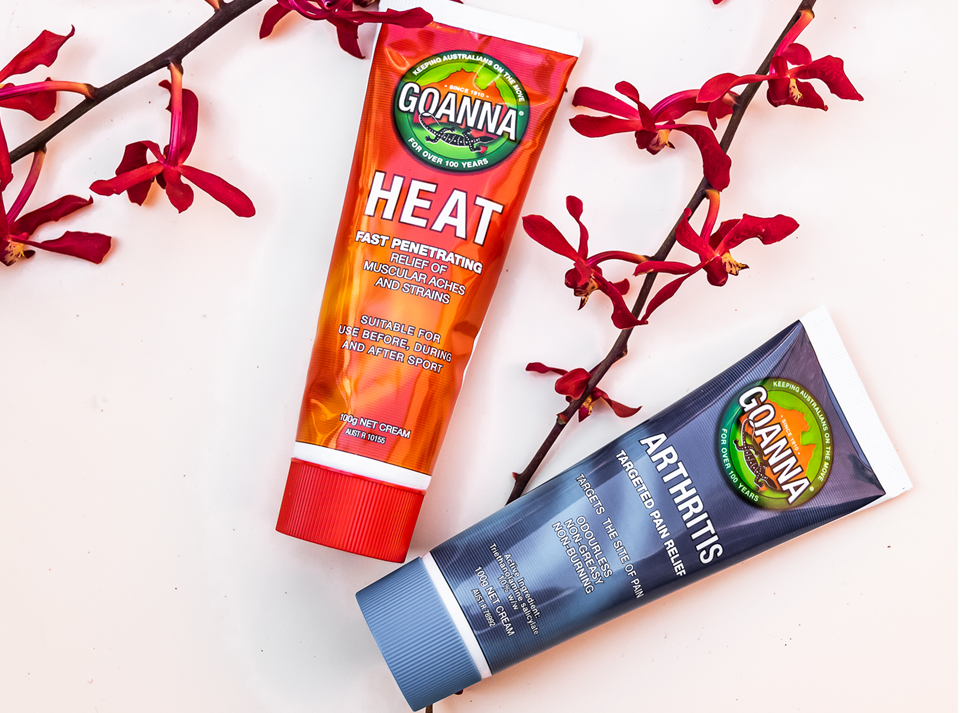 GOANNA products combine naturally occuring bush ingredients with other pharmaceutical ingredients. While you won’t find any goanna by-products in our range of products anymore, you will find premium formulations that offer soothing and fast-penetrating temporary relief.

These medicines may not be right for you. Read the warnings before purchase. Follow the directions for use. If symptoms persist, talk to your health professional.

Founded in 1910, the GOANNA brand has been trusted by generations of Australians to provide relief from muscular aches and pains, cuts and bites and nasal congestion associated with colds.

Joseph C Marconi, an immigrant from London, arrived in Australia in 1886 with his family and was immediately inspired by Australia’s stunning natural bush. In 1910 Marconi began manufacturing liniments and salves that included bush ingredients with one very special addition – the oil of goannas.

Marconi’s GOANNA Salve was used during WWI by Australian soldiers in the trenches. Due to its many uses, the salve was effective for treating many types of aches and pains, foot sores or even lubricating a gun. GOANNA products continued to support and provide relief to Australian soldiers during WWII.

More recently, GOANNA products played an important role for the iconic crew led by John Bertrand aboard Australia II, which won the America’s Cup in 1983.

The GOANNA range has evolved over the years to support the changing needs of active Australians. Now our premium, effective formulations are made to help support your body on your health and fitness journey.